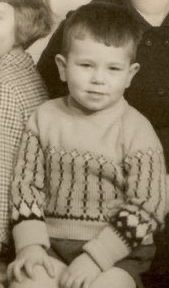 Marc Sigsworth is a director and executive producer whose films have been nominated for awards including the Amnesty Media Award for Iraq's Secret War Files (C4), the Grierson award for Stabbed (BBC1), the BAFTA current affairs award for All in a Good Cause (BBC1) and the RTS Home Current Affairs Award for Look Who's Working (C4) and Prisons Uncovered: Out of Control? for ITV. Many of Marc's films have been shown in the highly competitive 9pm slot. Nicking the Neighbours, Road Rage and Council Houses Cheats and Victims achieved some of the highest viewing figures for factual programmes on BBC1 in the year they were broadcast.

Marc's career started in the theatre and feature films where he worked for directors Alan Clarke and Lindsay Anderson. He moved into television as the researcher for John Pilger at Central TV, and then went to work at the BBC whether he worked on Taking Liberties, Rough Justice, Inside Story, The Late Show, Panorama, and the BBC's Political Documentaries unit before becoming a freelance director.

Marc has served on the advisory committees of Sheffield Documentary Festival, and
the Edinburgh Television Festival where he has both produced and participated in Festival sessions. He is a visiting lecturer on the C4 Investigative Journalism MA course, and has sat on a number of BAFTA awards juries. 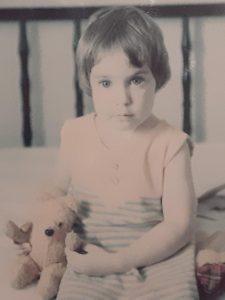 Elaine previously worked at the ITV studios company, Shiver, where, as development producer, she originated current affairs programmes for the Tonight strand. Elaine has a strong journalistic background having previously worked as a reporter for the Evening Standard, she was the Assistant producer on the Martin Bashir's RTS award winning ITV documentary "Living with Michael Jackson". At Tonight she secured the exclusive interview with Sion Jenkins, father of murdered foster daughter Billie-Jo Jenkins for an interview with Sir Trevor McDonald.

Elaine originated, produced and directed The Greatest Gift, an RTS shortlisted programme, in which a father who donated his son's organs met the boy who received his son's heart, on camera. It was a first on British television and described by director of television, Peter Fincham, as "one of ITV's most moving films of the year." She also originated and developed ITV's highly acclaimed two parter: School Swap -The Class Divide, where a headteacher and pupils from a state school swapped places with their counterparts at a private school.

Together Elaine and Marc made two investigative films for ITV's Exposure: Hillsborough Smears, Survivors and The Search for Truth and Prisons Uncovered: Out of Control?

Now Marc and Elaine have created Turquoise Television to work with our contributors to make compelling, insightful and innovative films and series for mainstream broadcasters that aim to help us understand today's world in a way that fascinates and entertains our audience.